0 £0.00
Home » News » Grassland Management and Genetics – The Recipe for Success 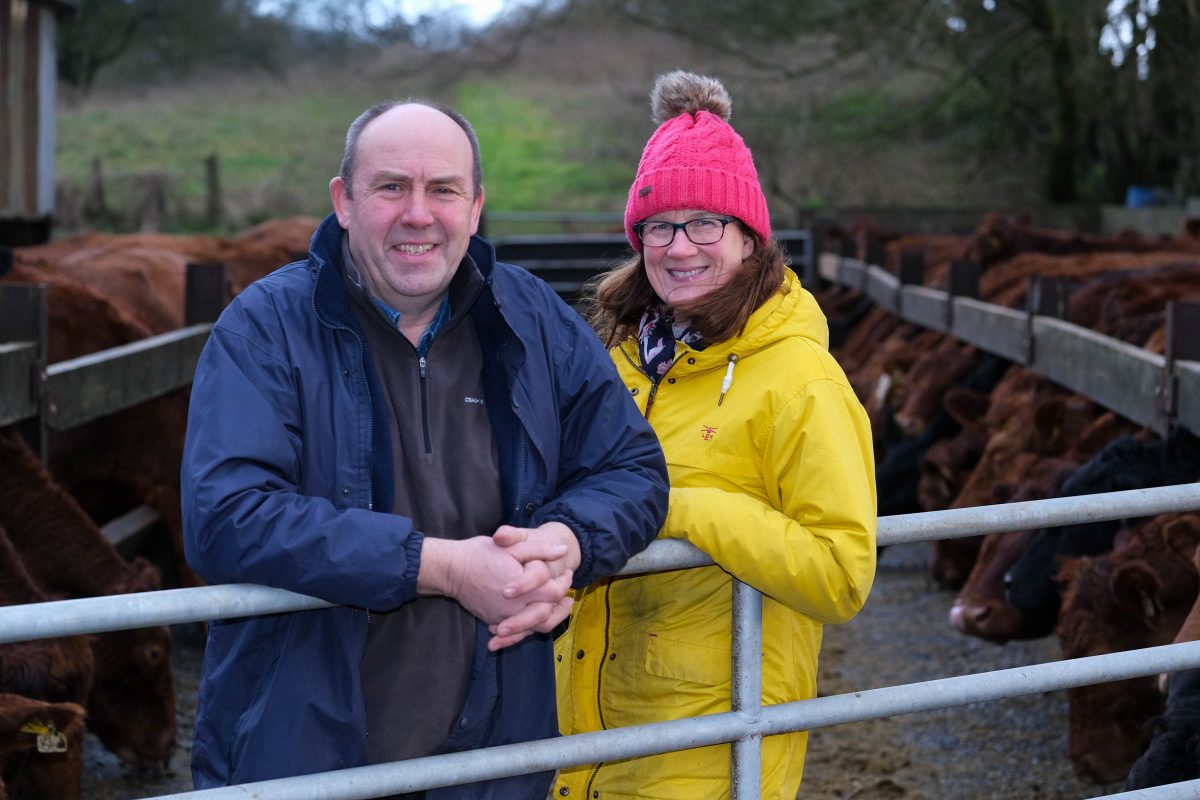 The suckler cow herd in Ireland is reducing due to lack of profitability and proposed environmental constraints.

Suckler herd owner, Billy O’Kane, who farms at Crebilly Road, Ballymena has been working tirelessly to reduce the impact of these threats.  His philosophy is smaller cows with leading genetics, plus soil and grassland management to meet the environmental challenges.

He emphasises “ The breed and type of cow is the first challenge. We must look at the example of the pig and poultry industries – through genetics they have amalgamated the desirable traits from several breeds to produce livestock with outstanding performance and a high health status. With this in mind I decided some years ago to invest in Stabiliser cattle, which are produced genetically to provide an optimum combination of the best health and production traits from a number of breeds. These include feed conversion,  birth weight, growth rate, milk yield, maternal traits, marbling etc.”

Stabiliser cattle are a ranch breed, which were developed to suit conditions on the vast plains in America where grass is not as plentiful as in Ireland and the cows eat approximately 25% less than most other breeds. Billy decided to adopt  a similar system on his farm and all cows calve outdoors. Over the years there have been only 2% assisted births in the 250 cow herd..

Managing this number of cows outdoors means that easy identification is vital.  Billy began using Caisley tags due to reports of their robustness and  efficiency of insertion when taking the BVD sample. He added “ With the number of cattle on this farm and the fact that the cows are outdoors and also calve outdoors, carrying out tasks like tagging is quite a chore – I need tags that are robust, easily inserted and stay in the  ear.  I purchase my new runs with management space as I add the details of the dam and sire on each animal’s tag.

“ The neck pouch with slots for holding the BVD samples as you take them is a very useful addition when you are tagging a lot of calves. I use BVD and DNA tags and they come in a strip  making it easier and faster to tag while the tissue samples are collected and sealed without hassle. I note, according to DAERA figures, 14% fewer cattle replacement tags were sold from 2016 to 2019 – that has been a saving of almost £100,000 to the NI agricultural industry per year, never mind the hassle and time involved in replacing a tag. I certainly lose less Caisley tags than other brands that I previously used.”

Billy continued “Excellent Customer service is another aspect – tags can be delivered to your door so that you do not even have to leave the yard.  It is a very fast, professional and helpful service.”

The heifers on the O’Kane farm, are calved at two years old and the only meal feeding is in their first winter. Billy emphasises “This is the vital period in their life, if they do not thrive at this stage there is no catch up  later  – extra nutrition at this stage means an extra £50 per cow per year profit for the rest of her life.”

Producers of Stabiliser cattle in Northern Ireland can purchase feed as a group and have a contract with a meat plant for processing their cattle. Billy O’Kane finishes male calves  as bulls on 1.5 tonne of meal, averaging 380 kilos deadweight at 14 months. Approximately 75% of these are U Grade with the other 25% R grade.

A professional vet, in addition to being a farmer, Billy is available to give advice to farmers who wish to become involved with Stabiliser cattle and will provide ongoing support on their management after purchase.

A lot of emphasis is placed on grassland management on the O’Kane farm in order to protect the environment and provide a nutritious sward for the cattle which results in little reliance on concentrates. Soil testing is vital in order to ensure that the correct balance of nutrients are available. Ploughing is an absolute no no, soils are direct drilled and the use of clover swards is important.

Billy goes as far as saying that if all arable farmers in the world changed from ploughing to direct drilling, in ten years time soil carbon would increase by the equivalent of what has been released by man made activities throughout the world since the start of the industrial revolution!

Farmers who wish to have further information or who wish to purchase Caisley tags can contact Countryside Services on 028 8778 9770 or countrysideservices.com. Contact for stabiliser cattle is Billy, 07831866260